A girl read a book, a woman worked in the garden: stories of people killed by airstrikes in the Kharkiv Region

The 24 hour period of June 21 through June 22 has turned out among the most difficult ones for the Kharkiv Region since February 24. The Kharkiv Regional Military Administration stated the civilian casualties: 15 killed and 16 wounded.

The dead were in Kharkiv, Bezruk, and Chuhuyev, where artillery fire hit a bus station, as well as in the village of Udy of Zolochiv District. Relatives and friends share their memories about the victims.

The Ukrainian version of this text was prepared by the “Memorial to Civilian Victims of War” team for The Ukrainian Pravda.

A cat is meowing at the yard in Raisa Kazakova, exiting through a hole in the fence. There are many holes here. They are so big that even a human can pass through them. The fence was broken during the shelling. Siriy, that’s the name of the cat, is rubbing against the legs, asking to be petted. It has been alone for several days. On June 23, its owner was buried. Raisa Kazakova, or granny Raya as her neighbors call her, was picking peas in the garden when Kharkiv was shelled again by Russian troops.

For several days in a row, the Russian army has been striking one of the industrial zones of the city and the Stare Zatyshsha neighborhood behind it. These are several quiet, almost rural streets with one-story houses and gardens. Not every cab driver knows about this remote part of the Industrial District.

But it was not quiet at all in the neighborhoods on June 21. The locals counted nine hits. As it became known later, the enemy was fighting with “Hurricane” MRLS. One of them hit close to Raya’s garden. A fire broke out, one of the outbuildings burned to the ground.

The bucket with picked peas melted. Granny Raya could not be found for a long time, the neighbor recalls. He himself miraculously survived that shelling: I was outside my house, and there was an explosion somewhere nearby.” The blast wave hit me. I started shouting: Granny Raya, Aunt Lyuda! Her daughter and her grandson lived with her. The grandson was at work. We called the firemen, and they were extinguishing the entire street. Everyone of us came running with buckets. They looked around the house – Granny Raya was gone. It was scary to go out into the garden, the debris was there. And then they saw a piece of a dress… . She was knocked down, thrown right where she was picking peas.

Granny Raya had no chance of survival. Her daughter Lyuda was saved by being on the other side of the house. But glass and a small piece of iron from the projectile also flew there, wounding the woman’s legs. The doors and windows of neighboring houses were broken.

Besides Raya, four more people died that day in Kharkiv. All are civilians. It happened during the shelling of the industrial zone. Commercial warehouses where people worked were covered with shells. Rescuers found their bodies while extinguishing the fire.

After the shelling on June 21 and 22, there were almost no residents left on the street where Granny Raya died. Those who did not hit the road fleeing spent the night in basements or in a nearby factory shelter.

Restless, as in her 85s, and kind. This is how the neighbors remember Raisa Kazakova: “She cleans everything in the garden, then carries the garbage with a bucket. Even her grandson scolded her for not resting more. She was strong! She was born in 1937. She survived the Second World War, but she was killed here”.

The life of an 8-year-old girl ended on the same day. Margarita (Rita) Haponenko was near her house in the village of Bezruky with her aunt, reading a book, when the shelling began. The child died on the spot.

Rita graduated from the second grade of the Bezruki Lyceum. There, the girl was called nothing but a “star”: “Today is a sad day for our lyceum… Our student, our little Starlet, Margarita Haponenko, who finished the second grade and advanced to the third, died… She died at home, in our native Bezruk… we will never forgive…”

Smiling and shy – this is how she can be seen on the Internet. In memory of the child, Olha Lehenka posted a video captioned: “This is how this angel sang in the first grade.” On it, first-grader Rita sings a song about school, dances and diligently pronounces the words in a childlike manner.

Under the video and under her last photo, the mother says goodbye to her daughter, hundreds of comments with words of sympathy for the family. Margarita was buried on June 24.

Margarita’s village of Bezruky and several other villages of the Derhachiv district were freed from the Russian occupation two months ago, but the shelling did not stop here. The village appears in reports about enemy shells hitting residential buildings or fires caused by them almost every day. Most of the residents left.

Rita stayed here with her mother and aunt Yulia. The latter is in the hospital with serious injuries.

Margarita Haponenko became the 44th child who died in the Kharkiv Region during the Russian full-scale invasion.

When the rocket hit the house, husband and wife Oleksandr Kurbanov and Larisa Guryeva, their neighbor Oleksandr Zverev were sleeping

Zolochiv was shelled on the night of June 22. This is the first time that the village was shelled by “Iskander” MRLS.

The Russians immediately fired two rockets at a two-story apartment building. One fell near it, and the other one, hit the apartment where husband and wife Oleksandr Kurbanov and Larisa Huryeva lived.

The family came home to spend the night for the first time in many days. Zolochiv journalist Vasyl Miroshnyk met the mother of one of the murdered. He says that the woman was hoping till the end that her family would be taken out of the rubble alive. The journalist remembers her words: “They were spending nights at my place for a long time, and they decided to go home only today. They laid down in the corridor to be safer.”

Larisa was 51, Oleksandr was 52. Part of the house where they lived crumbled almost to the bricks. Neighbors and rescuers spent many hours sorting out the debris and found fragments of both bodies only in the morning.

Life-loving – this was the only description of Larisa, or Larochka, by her close friends. Just a day before her death, the woman prepared jam, which she often treated her friends with.

“Larochka! Eternal peace! It’s a pity that you won’t be able to taste your strawberry jam, which you made yesterday, for the winter!” – these are the words of friend Oksana Ostroverkh, saying goodbye to the deceased on social media.

“The cruel war mercilessly took away our classmate, friend, neighbor Larisa Hurieva nee Kuropyatnik – a sincere, cheerful, open and kind person. She loved so much to make magic in the kitchen and gather her relatives and friends at the festive table, babysit her two grandchildren, to share on Facebook what worries her soul, to get birthday wishes, to hang out in the garden… She loved this life so much and walked through it with a smile. We will always remember you, Larochka, just like that,” – wrote her classmate Larisa Vlasova.

It was the second time that the house of the dead couple was shelled. The two-story building came under one of the first shellings to which Russia subjected the village. Then they hit here with self-propelled guns from the temporarily occupied Kazachaya Lopan. There were about two dozen hits that caused a lot of destruction. Miraculously, no one was injured. People left the apartments after that. Oleksandr Zverev was probably the only resident of the two-story building. A 46-year-old man had a disability. His body was taken out from under the rubble first.

The first thing you see when entering Zolochiv from Kharkiv is a church. It seems to rise above the road. But in a moment the eye catches the houses of the village destroyed by shelling. The village has less than 10,000 inhabitants, and since February 24, the Russians have killed 50 people and injured 73 more. 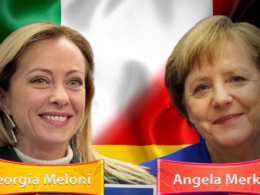 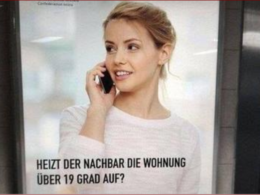 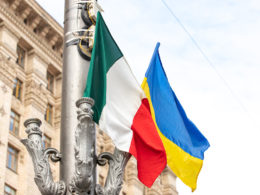 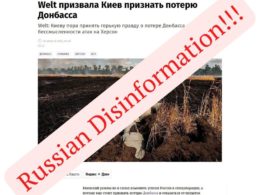 Russian manipulation: The German publication ‘Die Welt’ called on Ukraine to acknowledge the loss of Donbass