Aleksander Dugin: the insignificance of one Russian neo-fascist

Be careful when you are participating in some event with a russian professor – it can be just another russian fascist.

The death of Darya Dugina, daughter of the far-right nationalist ideologue Alexander Dugin made him famous, at least for a moment.

There is nothing much in Alexander Dugin besides his exotic beard and wild rhetoric. But that was enough for some to label the far-right, second-hand philosopher as “Putin’s brain” or “Rasputin”.

Dugin was a dissident back in the 1980s but since that time he become a very productive writer of many books about the esoteric type of russian nationalism, and also an energetic self-promoter, but he is neither a ‘Putin’s Brain’ nor ‘Putin’s Rasputin’.

He is not and never has been especially influential. He has no personal connection to Putin or to his inner circle, but rather is just one of many opportunistic ‘political entrepreneurs’ trying to sell their doctrines to someone with money.

In his 1997 book, Foundations of Geopolitics, which was for a short time on the “must read” list at the Russian military’s general staff academy, Dugin wrote that “Ukraine as a state has no geopolitical meaning”.

Back in 2014, he used his notions of Russia’s civilizational destiny and status as a Eurasian nation convenient to rationalize a land grab in Ukraine’s Donbas. Some of his barking mad ideas were echoed by Kremlin, indeed.

His main role though is to connect with western alt-right circles. He started to create his network of far-right persons from different countries back in the 1990s beginning with a representative of the French National Assembly and accelerated his work in the 2010s.

His anti-western ideas have also found a ready audience in Iran. Dugin has been a frequent visitor and is particularly popular with the hardline elements in the regime. In a recent appearance with Chinese academics, Dugin assured that Russia would use nuclear weapons rather than accept defeat in Ukraine.

Meanwhile, in Europe and the US, he has liaised with far-right forces, positioning himself as an ally in the battle against “globalism”. Back in 2017, Dugin gave an interview to the conspiracy theorist Alex Jones, in which he told Jones that pro-Trump and pro-Putin forces should unite against “our common enemy, the globalists”.

In Europe, meanwhile, Dugin and his sponsor, the Russian orthodox oligarch Konstantin Malofeev, have cultivated ties with hard-right parties such as Austria’s Freedom Party, Italy’s League, and others — maintaining links through conferences, lectures, and meetings.

Just for an illustration, take a look at the very limited selection from this list of people, with whom Dugin took a negotiation in person. All these people agreed to take part in different activities for a Russian cause, so they are de facto agents of Russia’s influence. Therefore, all of them are complicit in crimes that Russia did in Ukraine later during this invasion. They are not quite influential in their countries, but anyway: Dugin tried to create a network from all he had at hand.

Manuel Ochsenreiter, a German far-right publisher, was accused of funding the firebombing of a Hungarian cultural center in Ukraine.

This list is just too short. You can read about Dugin’s involvement, however insignificant it was compared to all Russian activity, and the whole scale of Russian support for the European far-right here or here.

Back in 2014, Dugin suggested to “kill, kill, and kill Ukrainians. I say it as a professor”. Is it acceptable to consider everyone who participated in joint events with Dugin as complicit in Russia’s crimes in Ukraine? The answer has to be yes, they are at least partially responsible. Because participation in each such event made Dugin more receptive in the West, and his fascist views a little more legitimate. Be careful when you have some business with any “russian professor” – it can be just another russian fascist. 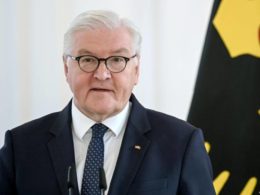