The twentieth day of the heroic resistance of the Ukrainian people to the russian military invasion continues.
An offensive operation against Ukraine continues. The enemy is stopped. Failure to achieve the goal in a timely manner, it incurs losses in manpower and equipment.
Boldly ignoring the norms of international humanitarian law, the russian invaders are launching missile and bomb attacks on critical infrastructure of Ukraine, civilians, residential areas, schools and kindergartens. The facts of holding civilians hostage, robbing the local population and looting are recorded.
The Armed Forces of Ukraine are fulfilling their tasks of repelling armed aggression against Ukraine. Deployed parts of the reserve in certain areas were regrouped and counterattacked.
Fighting continues for the liberation of the outskirts of Mariupol. Soldiers of the Azov Regiment defeated one of the units of the 22nd Special Brigade of the Armed Forces of the russian federation.
In the Luhansk region, during the day, the defenders of Ukraine destroyed five MLRS BM-21 “Hradl” with ammunition to them, three T-72 tanks, one APC-3 and more than 15 enemy soldiers. These data are being clarified.
Measures are being taken to cover the state border of Ukraine and the sea coast. A stabilization operation is being carried out in some areas and territorial defense tasks are being carried out.
The Ukrainian people continue to destroy the russian invaders.
Let’s win together! Glory to Ukraine! 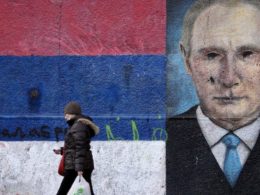