The tag is showing up on destroyed Russian vehicles across Ukraine and no one knows who is doing it or why.

Someone is spray painting “wolverines” on destroyed Russian vehicles in Ukraine. It’s probably a reference to the classic Cold War film, Red Dawn, about a group of American teens who fight to protect their small Colorado town after a Soviet invasion.

As first reported by Task & Purpose, one of the earliest instances of the graffiti showed up on a T-72 spotted on a Ukrainian roadway on April 7. Since then, the graffiti has appeared all over downed Russian assets.

« Wolverines » : a Red Dawn reference seen in #Ukraine️, spray-painted on the charred remains of a #Russian BTR in Nova Basan. #UkraineRussiaWar #Україна pic.twitter.com/UVrCc8HFLV

Journalist Nolan Peterson noticed it written on the barrel of a tank in Western Kyiv.

In Red Dawn, the Soviet Union invades America and the audience watches as a group of kids resists occupation using guerilla warfare. When the kids destroyed a piece of Soviet military equipment, they’d spray paint the name of their high school mascot— “Wolverines”—on to it.

It’s jarring to see the graffiti from the film pulled into the real world, sometimes sprayed onto the same military vehicles the villains used in the movie. In the U.S., 1984 was peak anti-Soviet jingoism. The Cold War was in its final phases and Red Dawn represented an apotheosis of that attitude in pop culture.

Colorado and Ukraine are far apart, but the images of burned out tanks tagged on highways are similar in both places. It’s surreal and disturbing to see images from a war zone that imitate a Hollywood film so perfectly.

Someone in Ukraine, or possibly multiple someones, is using Red Dawn as inspiration for tagging Russian military equipment. No one seems to know who. Days after Russia invaded in February, an Instagram account started named “wolverinesukraine.” Its first post was a reference to Red Dawn.

In subsequent weeks, the account has posted photos from Ukraine, including pictures of soldiers posting next to wolverines graffiti on destroyed tanks. It’s unclear who the Wolverines are and what their connection is to the Ukrainian military. Motherboard reached out to the account directly but did not hear back.

Like the Ghost of Kyiv and the power of the Ukrainian tractor, the wolverines graffiti has become a meme of the war. We may never know who is tagging down Russian armor, but we know they’ve seen Red Dawn and are good at leveraging pop culture in a way that resonates with the West, and especially Americans. 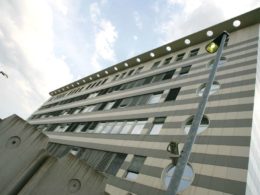 Two Russian spies arrested in Ljubljana, the capital of Slovenia