Strike on the cruiser “Moskva”: why this ship is important for Russia

The coastal missile system “Neptune” of the Ukrainian Navy hit the missile cruiser “Moskva” – the flagship of the Russian Black Sea Fleet – on April 13.

Let’s explain why the strike on “Moskva” is an important achievement of the Ukrainian military.

The missile cruiser “Moskva” belongs to project 1164, code “Atlant”, which creates ships for the far ocean area to hunt a US aircraft carrier.
And the whole sketch of the ship was created solely to perform this task in the suicidal scenario of the Third World War. In particular, P-500 “Basalt” long-range anti-ship missiles were the “main caliber” of the cruiser. These are 12-meter missiles capable to overcome the distance of 550 km at a speed of about 3000 km / h and carrying nuclear warheads with a capacity of 350 kt.

This missile cruiser was not adapted for any other tasks – only approaching the launch range of the enemy aircraft carrier group at a full speed of 32.5 knots.
All other weapons it has are exclusively defensive: Fort-to-air anti-aircraft missile system S-300, two Osa-M and six 30-mm AK-630 rapid-fire missiles to protect against air attack. The cruiser was to be attacked by submarines by torpedoes and RBU-6000 bombers. Defending itself against other warships, it has anti-ship artillery – two 130-mm guns. The cruiser also had its own helicopter capable of anti-submarine missions.
Ships, especially such as missile cruisers, are very expensive. Despite the plans to produce 10 ships, the USSR almost immediately reduced the program to 6. But the reality turned out to be even more painful, because only 4 of them went into production and 3 entered service in the navy.

These are 12-meter missiles capable to overcome the distance of 550 km at a speed of about 3000 km / h and carrying nuclear warheads with a capacity of 350 kt.
There were 16 such missiles on each cruiser, and the total power of such a “nuclear volley” was 5,600 kt. To compare, the power of the atomic bomb that destroyed Hiroshima was only 21 kt. 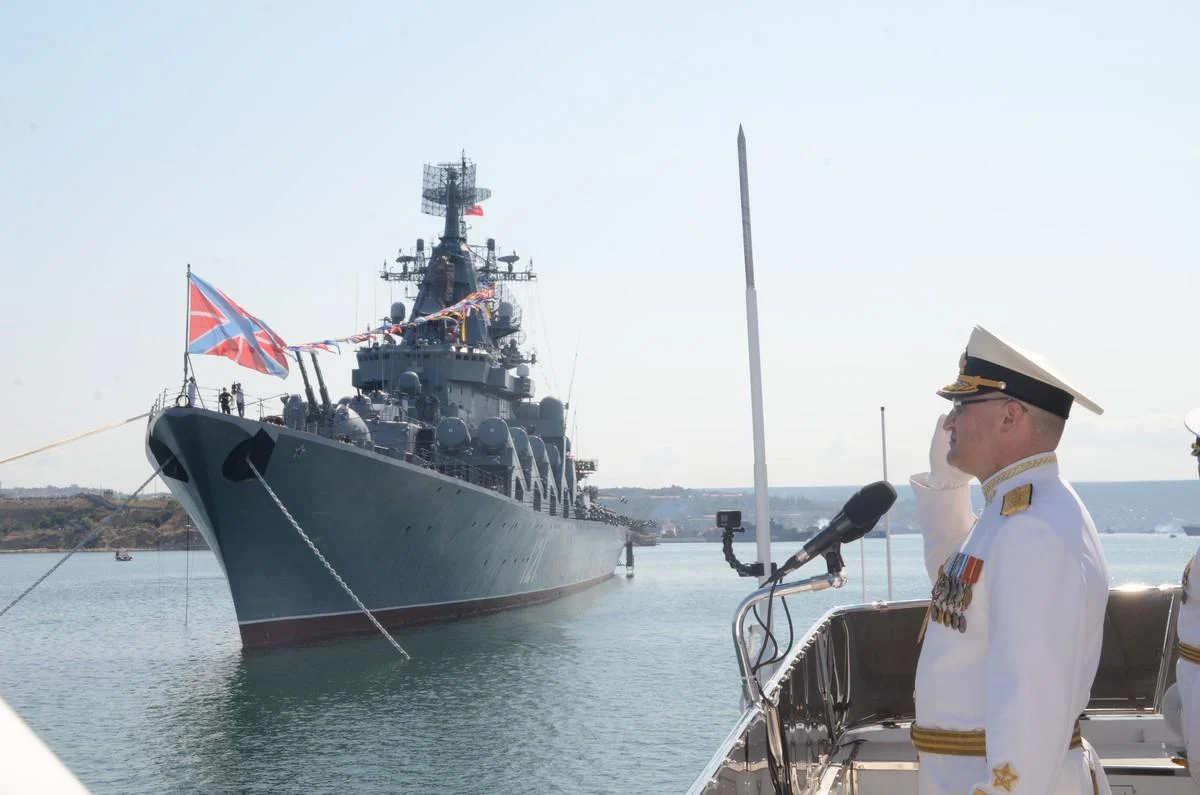 In 2008, the missile cruiser took part in the war. In 2014, Moscow blocked Ukrainian ships during Russia’s attack on Crimea. In 2015, it took part in an operation in Syria to strengthen air defenses.

In 2020, Moskva completed a three-year overhaul with modernization. During it, the main and auxiliary power plants were repaired and the onboard radio and electrical systems were updated. Also, P-500 missiles were replaced by modernized P-1000 “Vulcan”, which are twice as long-range.
According to Russian media, “Moskva” after this repair was to serve “more than a decade.” The cost of the missile cruiser “Moskva” was not published, but it can be estimated at tens of millions of dollars.
On February 24, the first day of the Russian invasion, the missile cruiser Moskva took part in the attack on Snake Island. There, the “Russian warship”, in response to the offer to surrender, heard the world-famous phrase – a symbol of Ukraine’s struggle.

Amid the  success of Ukrainian counter-offensive and liberation of Kharkiv Region, Moscow has urged its agents in Germany to carry out a new…
1 share
1
0
0

Prepare for Russia itself to disintegrate