During the three months of the war in Ukraine, Russian President Vladimir Putin turned both the hawks, the “party of war,” and the doves, those who want peace, against himself.  In the Kremlin, everyone seems to hope that he will leave “in the near future” and is already looking for a successor.

According to Medusa that is citing sources.

According to the publication, during the war, the general mood of Russia’s elites were changing completely several times – from confusion at the beginning and “patriotic upsurge” in April to pessimism three months after the invasion.

According to sources close to the Kremlin, many people are now dissatisfied with Vladimir Putin personally. And this position is held by those who support the continuation of the war, and those who want peace.

Medusa’s informants note that even the figures of the president’s successors are being secretly discussed in the Kremlin. Among them are Moscow Mayor Sergei Sobyanin, Deputy Security Council Chairman Dmitry Medvedev and Administration of the President First Deputy Head Sergei Kiriyenko who recently became the Kremlin’s curator of the Donbas.

According to the informants, so far it is not a matter of overthrowing the Russian president but rather the topic of “the future after Putin” that is increasingly being discussed. It seems “there is an understanding or wish that he will not rule the country in the near future.”

At the same time, they emphasize that Putin can leave the presidency only because of a serious deterioration in health. Thus, the dissatisfaction of high-ranking officials is not manifested in anything but private conversations. 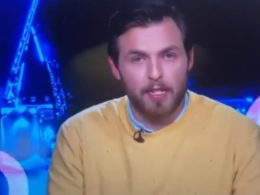