Will there be a turning point in the war? Three conditions for a Ukrainian counter-offensive

The history of mankind knows many turning points in wars, when the party that attacked and possessed the initiative, later lost it, was forced to defend and retreat or was defeated at all.

Hannibal felt this in Carthage’s Second Punic War with Rome. Crusaders – in the multi-year campaign in the Holy Land. The Confederate South lost the initiative in the fight against the North during the US Civil War and the Arab states in the offensive against Israel in the Doomsday War.

After all, the largest conflict of all-time – World War II – is also the story of the transition of a strategic initiative from the Wehrmacht to the Soviet Army near Stalingrad and Kursk and from the Japanese to the Americans in the Battle of Midway.

Turning points in some wars occurred after a great battle or a series of such battles. In others, the balance of power changed gradually and without decisive battles.

Russia’s current invasion of Ukraine is often compared to the Soviet Union’s Winter War against Finland in 1939-1940, which ended with the Finns defending the independence and inflicting heavy losses on Soviet forces, but Finland lost about a tenth of its territory.

Ukraine has lost more in the war since 2014, but Kyiv has periodically said that the Ukrainian army is capable of breaking through and pushing the Russians back to the positions of February 2022 or even February 2014.

The task of capturing a strategic initiative from Russia is not easy for Ukraine, say Ukrainian and foreign military observers. But not impossible.

What are the preconditions needed for a turning point on the fronts and a counter-offensive of the Armed Forces of Ukraine?

Arms, especially artillery, rather than the formal number of fighters in both armies, are a key factor in the current war. The ability of the AFU to conduct effective counterattacks also depends on it.

And, according to him, this should be a very significant number: “A hundred of M777 howitzers only partially change the situation at the front. The AFU need brigade sets: 200, 300, 400 units of such weapons. One hundred percent rearmament with modern models is needed.”

However, it should not be just about artillery.

“Aviation, as we see it so far, is a complex and politically sensitive issue, and it is not yet a fact that Western countries will change their position on supplying Ukraine with aviation. Former Afghan Mi-17 helicopters are good, but they are not planes,” he added.

As for air defense, except for MANPADS, so far only a few IRIS-T SLMs have been promised, and this is about November, because they are not in service in Germany, they need to be done. And as about the Flakpanzer Gepard, the case has been going on for a long time and it is unknown what will happen, etc.”, – says David Handelman.

The transfer of German “anti-aircraft tanks” Gepard to the Armed Forces of Ukraine was announced by the German Ministry of Defense in April, the first 15 such vehicles are expected in Ukraine only in July.

“We have not seen any progress on the tanks after the Polish and Czech T-72s, the German Leopard 1 has not been delivered, and the reports about the Spanish Leopard 2 have not been confirmed,” the Israeli military expert added.

This week, the Spanish press wrote that according to the Minister of Defense of Spain Margarita Robles that the Spanish authorities are studying the possibility of transferring the Leopard 2 tanks which are removed from conservation.

As for the T-72 tanks already received from Poland, their number turned out to be quite significant – 240 vehicles – and at least some of them are a fairly new modernization T-72M1R, according to Defense Express.

As for the amount of artillery aid, here, according to David Handelman, one can observe “at least the beginning of serious quantities.”

“About a hundred M777, some Caesar, FH70, M109, Zuzana-2, Krab, we are promised a little PzH-2000, etc. Delivery of multiple rocket launchers HIMARS from the United States and M270 from Britain has started,” said the expert.

But he adds that these are still “not the numbers needed for a serious counteroffensive capable of reclaiming large areas.”

In addition to weapons, the right tactics are also important for a possible counterattack, as is shown by the burned Russian columns near Kyiv and Chernihiv in the first weeks of the war.

Since then, the Russians have abandoned attempts at rapid breakthroughs with stretched communications and moved to a slow offensive with massive preliminary bombardment and air support.

British military expert Glen Grant says that the Armed Forces of Ukraine have two ways to counterattack under such conditions.

“The first is to continue the current style of confrontation, which means direct contact. This will play into the hands of the Russians, as they have more forces and military mass to spend in attacks,” he said.

In this course of the war, he believes, Russia may at some point move to defense, “to return with greater reserves.”

“The second way is to concentrate armored vehicles and break through where the Russians are weaker. That is, in the south,” said Glen Grant.

Of course, the steppes are open there, but if the attack starts quickly, it will be difficult, if not impossible, for the Russians to use their artillery effectively. The AFU must go behind them and make them panic and flee. It’s just that the Russians have problems with command and they will quickly lose control of the troops if the Ukrainians move forward rapidly,” – said the Briton.

He adds that historically the Russian army was defeated after rapid and concentrated breakthroughs of the enemy.

But performing such a breakthrough is a serious and new challenge for the Armed Forces, warns Glen Grant.

Another factor in a possible strategic turning point in the war is the army personnel.

“Both sides are suffering losses, and “core” people are gradually being knocked out, which mobilized or volunteers, in general, are unable to replace qualitatively, even if there are enough of them,” says David Handelman.

“And then in a particular direction or area, the resilience of personnel may lead for arbitrary abandonment of positions or mass captivity. In a war of attrition, this must be monitored very carefully,” said the Israeli military expert.

In fact, something similar happened during the First World War, when the most professional officers were “crushed” by the bloody battles of the first years of the conflict and then the parties relied on whether they could prepare a combat-ready replacement for the front.

The Ukrainian army is already intensively preparing reserves through mobilization and the formation of new units.

Russia is trying to do this through so-called “covert mobilization”, when mobilization is not officially announced, but the maximum number of people is recruited into the Russian army through short-term contracts or in the “volunteer” format.

British expert Glen Grant emphasizes that it will be extremely important for Ukraine to properly build its forces for the counteroffensive.

“There is an option to withdraw the current personnel brigades from the front and rearm them in the rear, replacing them with terrorist defense brigades,” he said.

“Another option is to create mechanized units from scratch. The question of the second option is whether there will be enough trained, qualified and experienced commanders to bring new units to combat capability in a maneuverable war in a short time without drastically changing the principles of recruitment.” asks a military expert.

According to him, there are really good officers in the Ukrainian army, “but they are usually busy with other tasks” instead of training fresh units.

“While the option of rearmament of professional teams will have the advantage that these teams will already have coherence and experience, which new units will not have,” – said Glen Grant.

In a recent article, the Financial Times quoted an unnamed military adviser to the Ukrainian government as saying that Ukraine needed six new brigades to counterattack, for a total of about 25,000 fighters.

Glen Grant comments – if the process of creating these units has not yet begun (Which is unknown. – Ed.), it is strange to voice such figures.

“It is crucial that all forces preparing for the offensive have enough time to train with the best officers to oversee the process,” said the British expert.

“A quick breakthrough requires the best units with the most progressive officers with commanding talents. If there are no such units and commanders, the confrontation will return to a direct confrontation, which will benefit Russia,” he warned.

Is Ukraine capable of a counteroffensive?

In general, military experts admit the possibility of a Ukrainian counteroffensive even until the end of the summer (as, for example, the head of military intelligence Kyrylo Budanov said).

But everyone puts the possibility of a breakthrough in direct dependence on the first and main factor – the availability of new and modern weapons.

“If the pace [of arms supply by the West] accelerates compared to the current one, it is theoretically possible with the rapid development of personnel and the deployment of sufficient repair infrastructure. But the question is whether the behavior of Western countries can be predicted and sharp increase in supplies if real, or is it the wishful thinking of the Ukrainian military-political leadership “, – David Handelman wonders.

“We will be able to win only when we become stronger than the Russians on all fronts. When we can increase the fighting capacity of our personnel troops, replenish them with new weapons, build a modern fire control system, modern artillery reconnaissance, and adjustment system, work out coherence and coherence. tanks. And then we will move forward, “military columnist Yuriy Butusov said on one of his YouTube channels.

And Oleh Zhdanov says that the Armed Forces of Ukraine have the relevant experience in major offensives: “In 2014, the General Staff of the AFU planned a counter-offensive operation, which was successful in the Donbas before the first armistice.”

“That is, the Armed Forces of Ukraine can plan and carry out such large-scale offensive actions. Everything rests on the availability of weapons. After all, even the Soviet weapons in the AFU are not enough. Therefore, Western weapons are critical for the Ukrainian army,” he said.

Not only the United States: who else can approve Lend-Lease for Ukraine 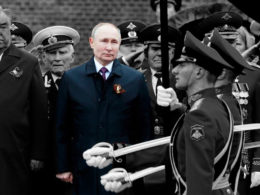 Putin once again promoted one of the essential narratives of this war. This narrative glorifies death, making it… 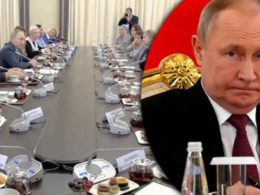 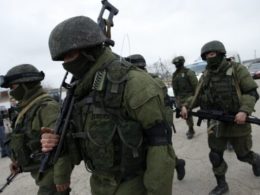