Russian War Crimes in Ukraine: Update as of morning 18 March

For the 23d day in a row, the Armed Forces of Ukraine and the Ukrainian people have been resisting new and new attacks by the Russian occupiers in various directions. Ukraine appreciates all the assistance provided by international partners. However, for the sake of security and freedom, Ukraine NEEDS NATO a no-fly zone over Ukraine. Such actions will help protect Ukraine from Russian planes, drones and missiles.

The Russian occupiers are using methods that violate the rules of war. They attack civilian infrastructure, killing and injuring civilians, including children, and make actions that can have regional and international consequences. We have prepared an update of such actions of the occupiers as of the morning of March 18.

The Russian occupiers continue unselective strikes on the settlements of the Zhytomyr region by aircraft and artillery. In particular, the State Emergency Service of Ukraine reported that on March 17 the Russian aircraft dropped the bomb on the village of Zalissya in the Korosten district. The shell partially destroyed the house, and the inhabitant was rescued. Also, two residential buildings in the village of Yablunivka, Korosten district, were partially destroyed by airstrikes of Russian troops. No one was killed or injured.

The Russian occupiers fire on Kyiv’s civilian infrastructure every day from aircraft and artillery. On the night of March 17-18, Russian shells hit targets twice in the Sviatoshynskyi district of the Ukrainian capital. As a result of the first shelling, two cars caught fire, killing 1 person. As a result of the second shelling, a fire broke out in a warehouse, killing 1 person. This was reported by the State Emergency Service of Ukraine.

In addition, the Russian occupiers continued to fire at Kyiv with ballistic missiles. One of them was shot down by the Ukrainian air defence system over the Podilskyi district of the city. A 5-storey building was damaged by shell fragments. The State Emergency Service of Ukraine reported that 1 person was killed and 4 were injured.

The Russian occupiers shell Chernihiv’s residential areas daily with aircraft and artillery. According to the National Police of Ukraine, on March 17 10 people were killed in the morning shelling of the city’s central streets, including those standing in line for water. Later, at about 3:30 p.m., 4 people were killed by Russian artillery fire in the centre of Chernihiv. This was reported by the Prosecutor’s Office of the Chernihiv region. According to them, among the dead was a US citizen.

The Russian occupiers fire daily on Kharkiv’s civilian infrastructure with aviation and artillery. On March 17, a fire broke out in the Barabashovo market due to shelling by Russian troops. According to the State Emergency Service, the Russian occupiers fired on the facility again during the firefighting. As a result, 1 rescuer was killed. Also on March 17 in Kharkiv, as a result of russian troops’ shelling, the building of the educational institution and residential buildings were damaged. According to the State Emergency Service, 1 person was killed and 11 were injured.

On March 17, Mariupol City Council reported that every day Russia drop on Mariupol from 50 to 100 bombs, 80% of all buildings in the city are destroyed. Currently, more than 350 thousand of civilins are hiding from Russian missiles in Mariupol.

On March 17, Russian Federation launched airstrikes on Mykolaiv, Voznesensk and Snihurivka. In Mykolaiv missiles hit the Central, Ingul and Korabelnyy districtics of the city. Rescuers are involved in the elimination of the fires. Several buildings are damaged. Information about victims is being clarified. The head of Voznesensk Evgeniy Velichko reported that the another missile hit the warehouse in Voznesensk. According to the preliminary information, there are no victims.

On March 17, Russian occupiers shelled the Novoyakovlivka village, located in Zaporizhia region. According to Komyshuvask amalgamated territorial community, there are no victims. The missiles hit the the territory of private buildings, the roofs of the houses and cars were damaged. 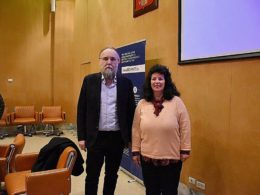